The store will not work correctly in the case when cookies are disabled.
Biba (Barbara Hulanicki) 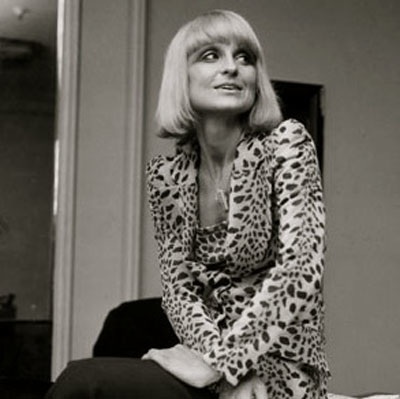 Barbara Hulanicki began her career in Fashion in the early 1960's working as a freelance fashion illustrator covering all the important fashion collections for the major publications, including Women's Wear Daily, British Vogue, the Times, the Observer and the Sunday Times. In 1964 she founded, with her husband, Stephen Fitz-Simon, the boutique BIBA, beginning as a small mail-order business.

After a few false starts they open a boutique which became an icon of hip 60's and 70's London. It becames a hangout for artists, film stars and rock musicians. The first Biba boutique was a small Chemist's shop in Abingdon Road, but by the time Biba's doors closed in 1976 it had evolved into an elaborate 5-story Art Deco department store with a restaurant and a roof garden overlooking High Street Kensington.