The store will not work correctly in the case when cookies are disabled.
Vintage John Galliano 1987 SOLD 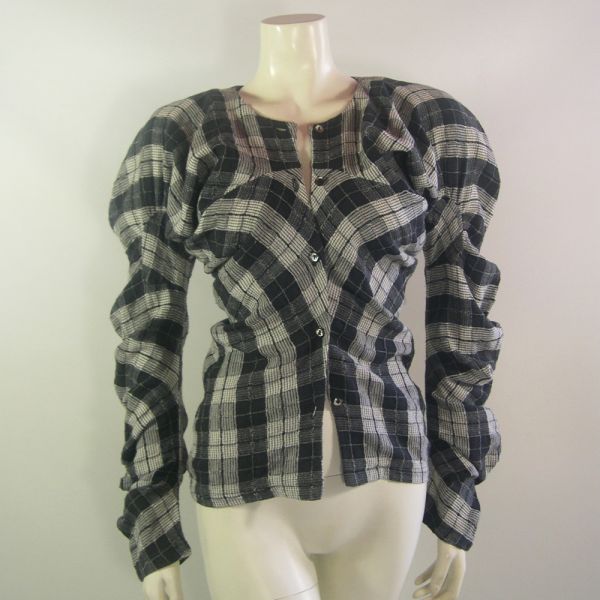 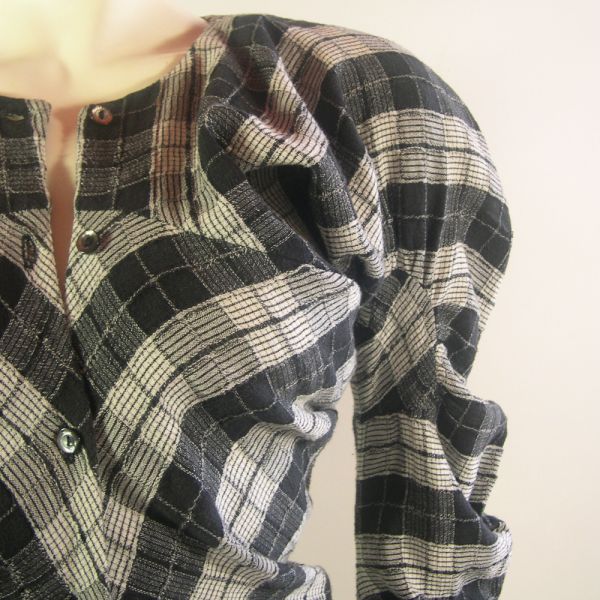 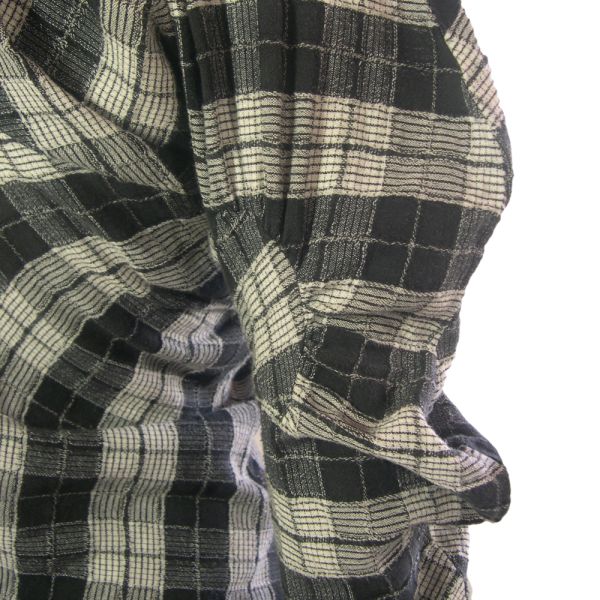 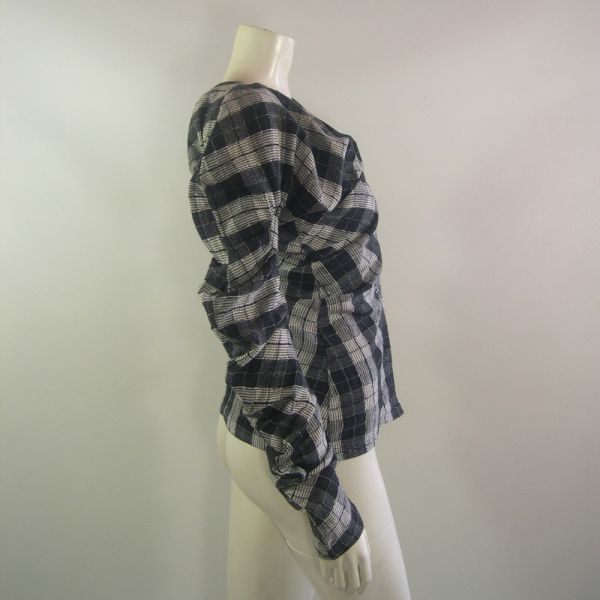 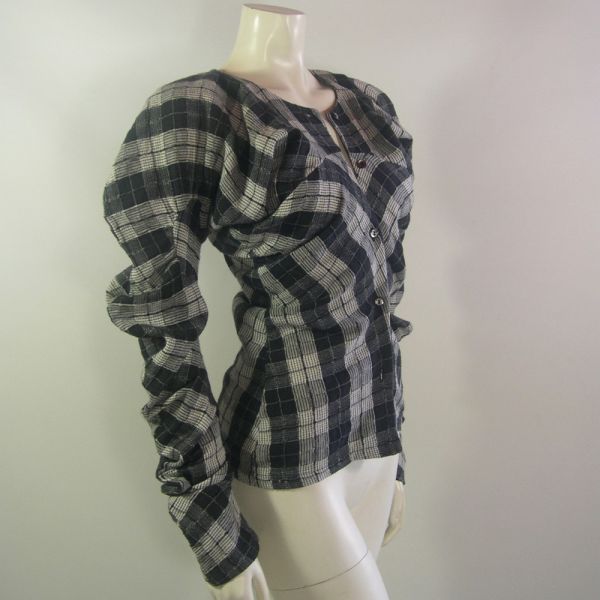 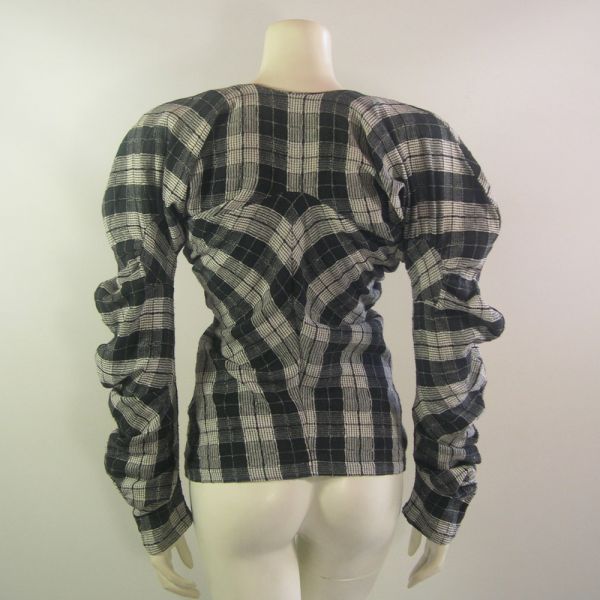 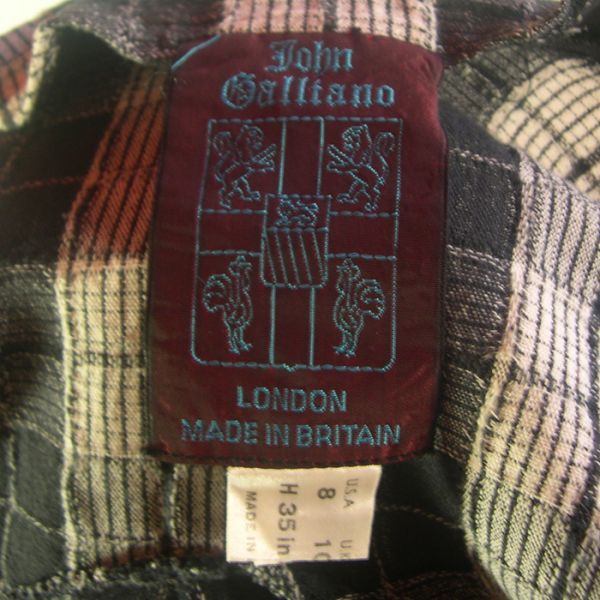 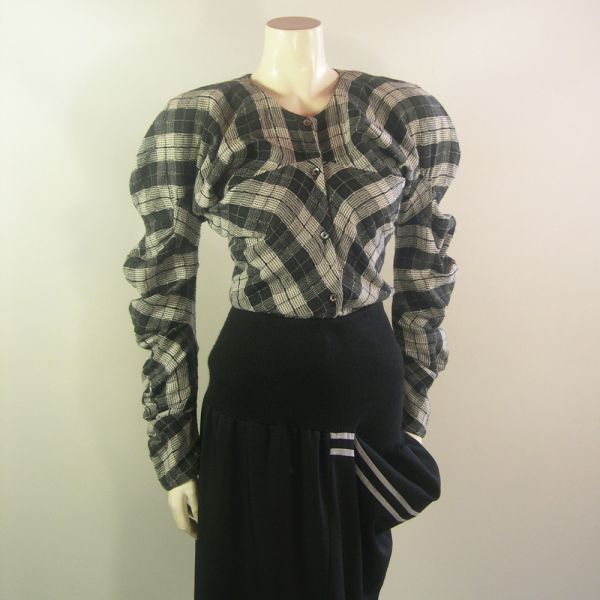 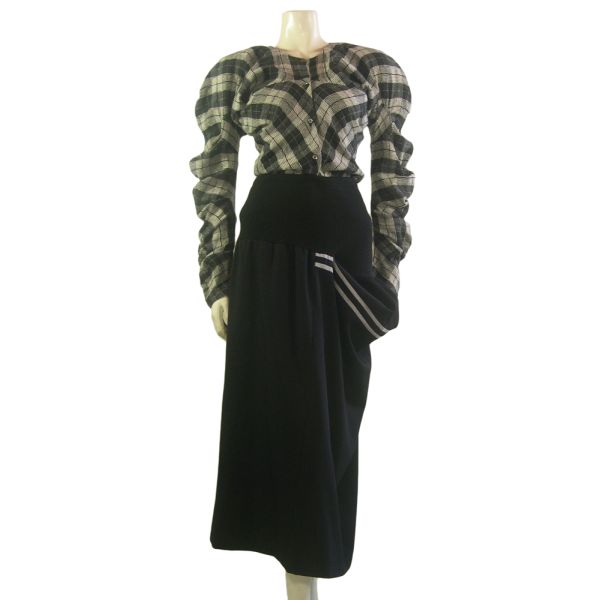 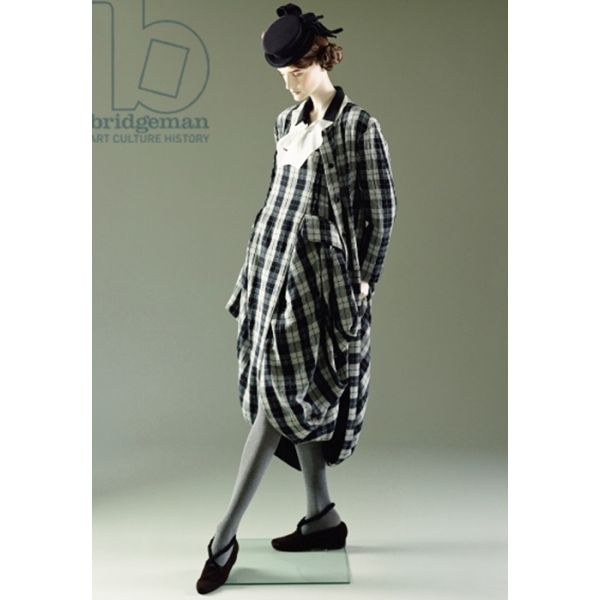 Detail: Vintage John Galliano edwardian inspired woven check shirt / blouse in black and various shades of grey from his SS1987 collection - London label, so pre Givenchy and Dior in Paris. From 1993 Galliano's brand was produced in "Paris", so any piece with the "London Made In Britain" label in excellent condition, is now considered extremely rare and obviously very collectable. During his London days, Galliano produced limited runs per style.

The tailoring of classic raglan sleeves (1850s) have been incorporated into a very complex curved construction. When worn, the sleeves twist and fold softly to the outer edge of the arm. Such innovative and intricate pattern cutting is rarely seen these day! The front construction is equally impressive, with curved seams above the bust line which join the with the inner sleeve seam. The architecture of this piece is really quite extraordinary!