The store will not work correctly in the case when cookies are disabled.
Christian Dior Vintage Black Suit 1950s SOLD 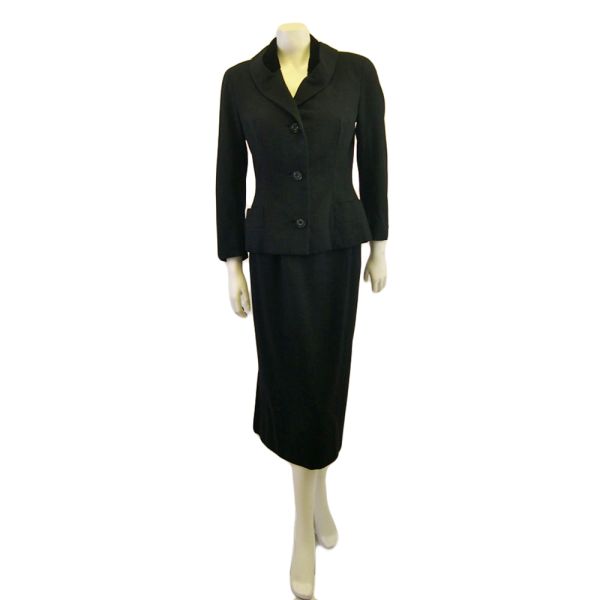 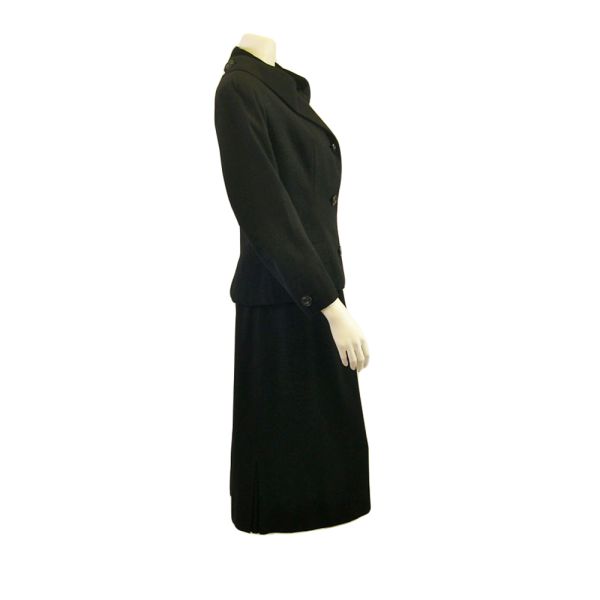 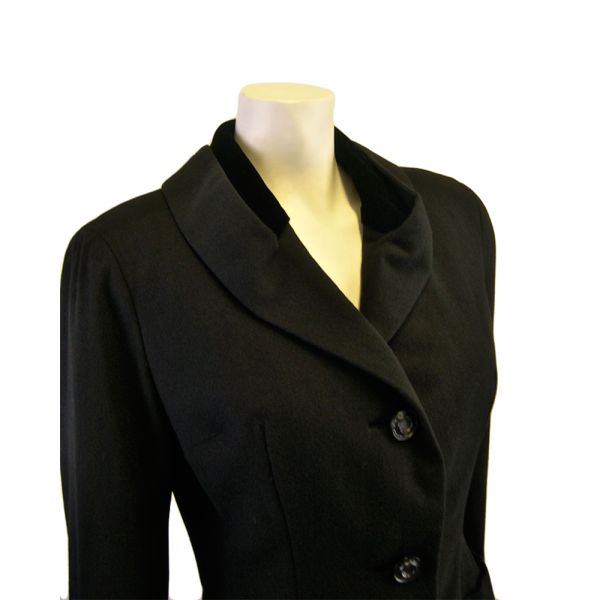 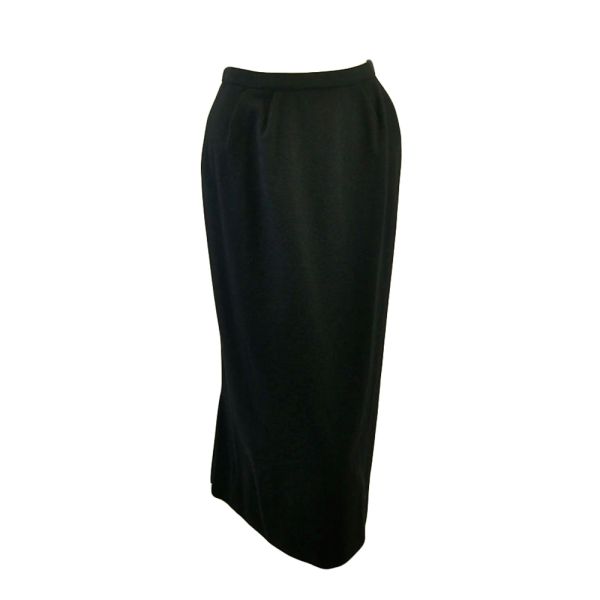 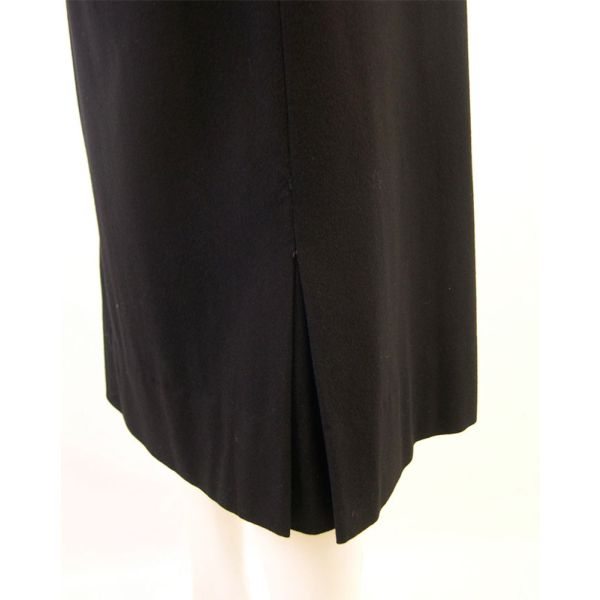 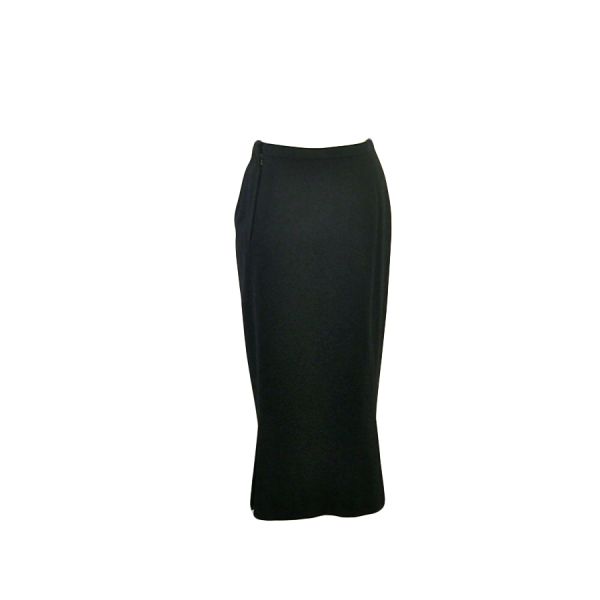 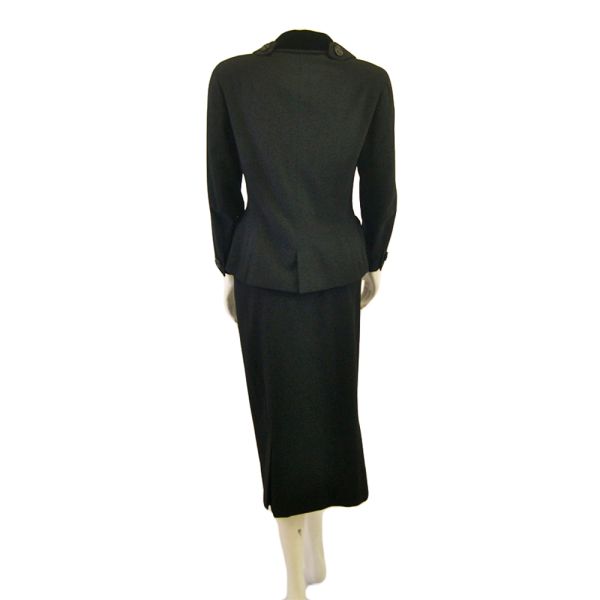 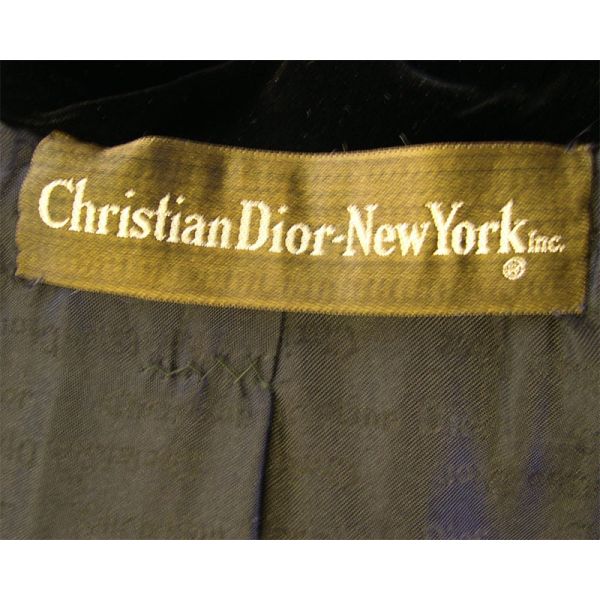 Detail: This is a spectacular vintage Christian Dior (New York Label) suit from the mid to late 1950s, exquisitely constructed from jet black wool jersey and velvet trim. Both skirt and jacket are fully lined in black silk. Classic Dior silhouette. Sleek three quarter length skirt with two kick pleats to the rear and several tuck pleats to the front waist band. The jacket is cut to emphaisis the curves; remember that Dior's extreme 'New-Look' had begun to relax at this point, so you'll be able to breath in this one! The collar contruction is very unusual, and possibly the most striking detail. This suit is perfect for any formal occassion and will require little more than serious heels to pull off what must be one of the key iconic looks of the mid 20th Century.

Fashion Designer Christian Dior (1905-1957) was born in Normandy, France. At his parents' insistence, he studied political science. After military service and several years of indecision, he returned to Paris in 1935 and began his design career by selling sketches. His hat designs were initially more successful than his dress designs. But he concentrated on his dress designs and was hired by Robert Piguet in 1938. During the war, he served in the South of France, then returned again to Paris in 1941 and worked for Lucien Lelong, a much larger design house. In 1946, he was able to open his own house, backed by textile manufacturer Marcel Boussac.

In 1953, he hired Yves Saint Laurent as an assistant. After Dior's sudden death in October 1957 in Italy, Saint Laurent became head designer and introduced the trapeze dress in his first collection for the house. Dior vintage black suit 1950s.