The store will not work correctly in the case when cookies are disabled.
Vintage Bill Gibb Knickerbocker Suit 1970s SOLD 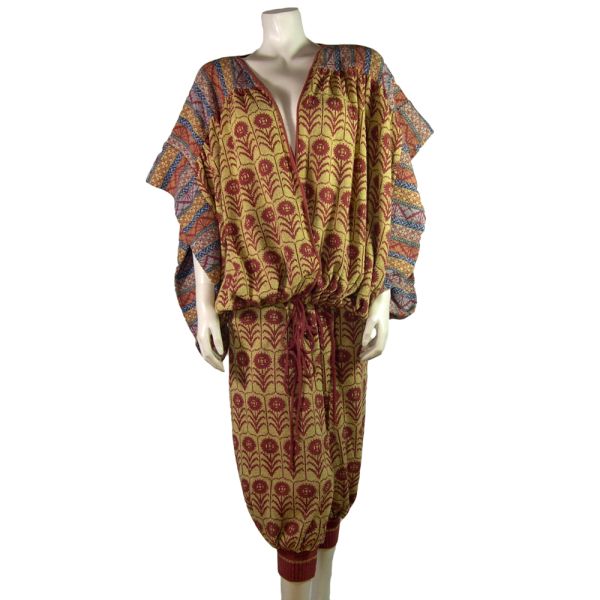 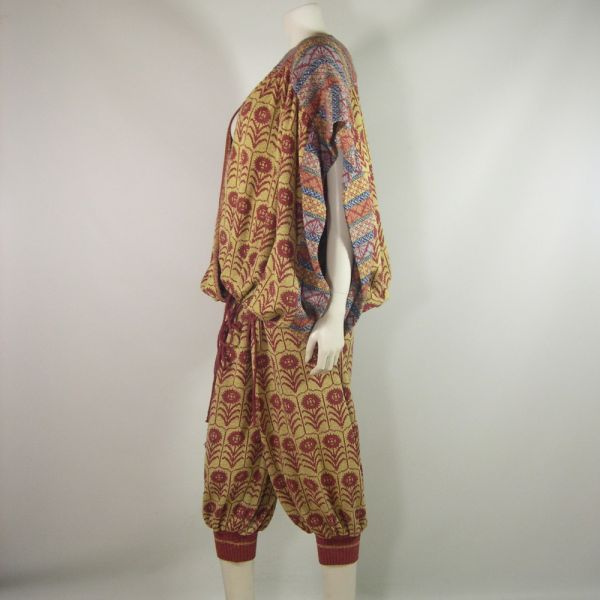 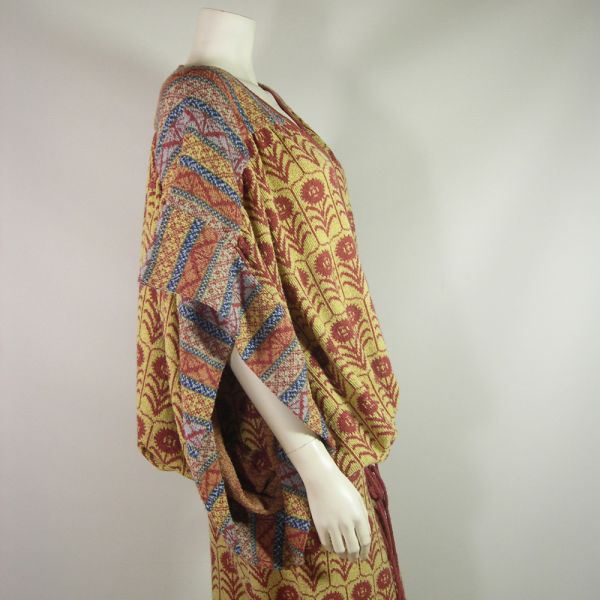 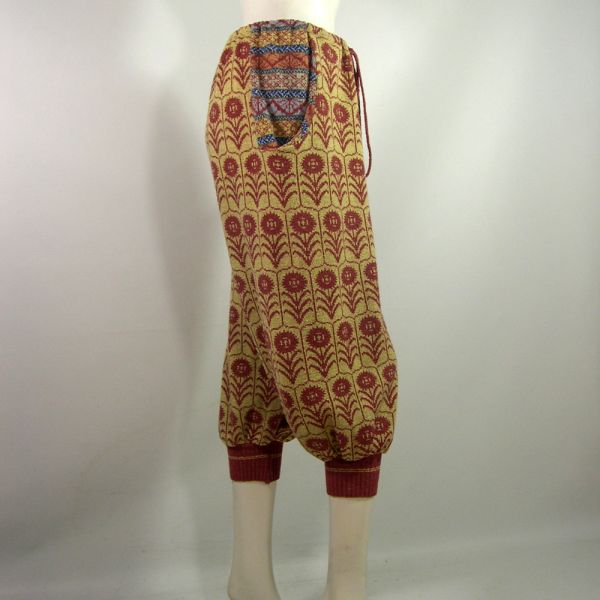 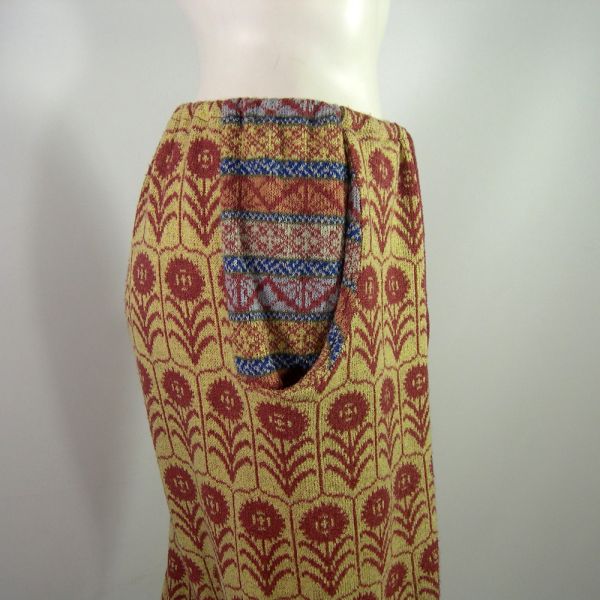 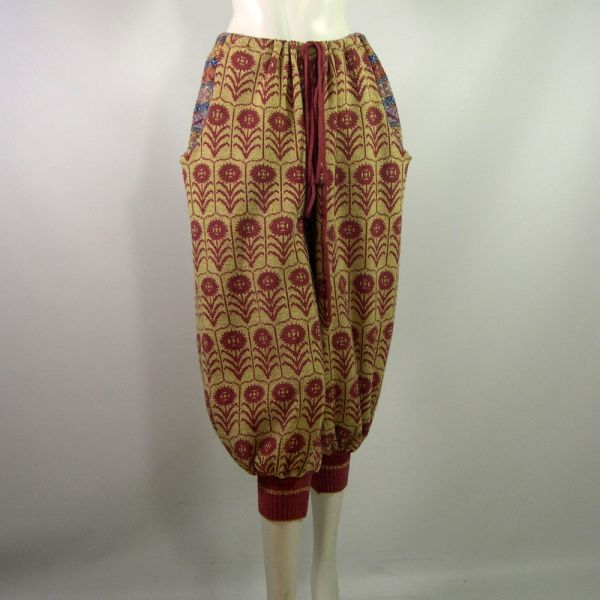 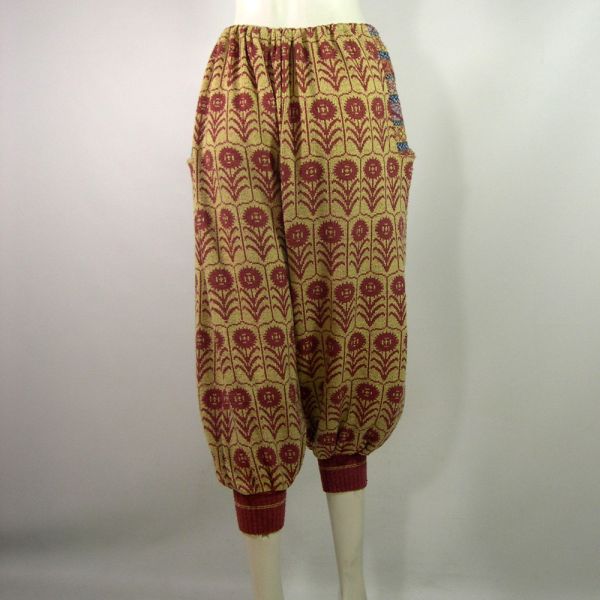 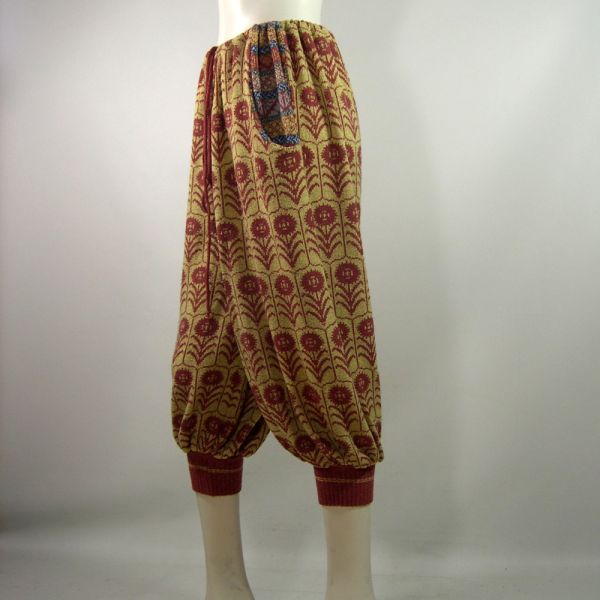 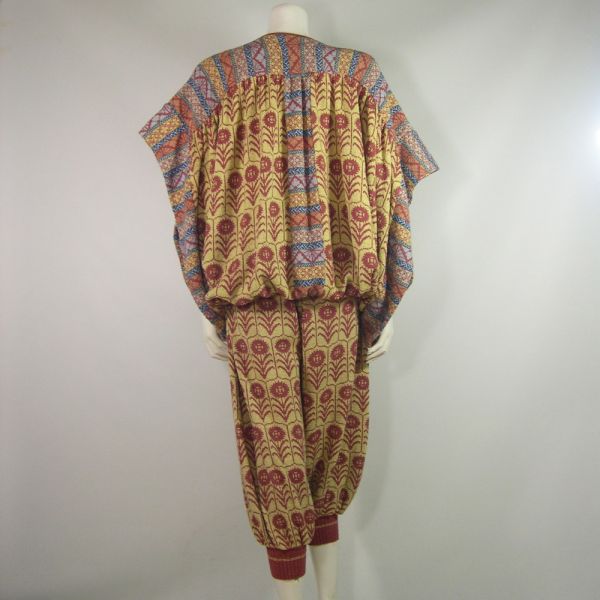 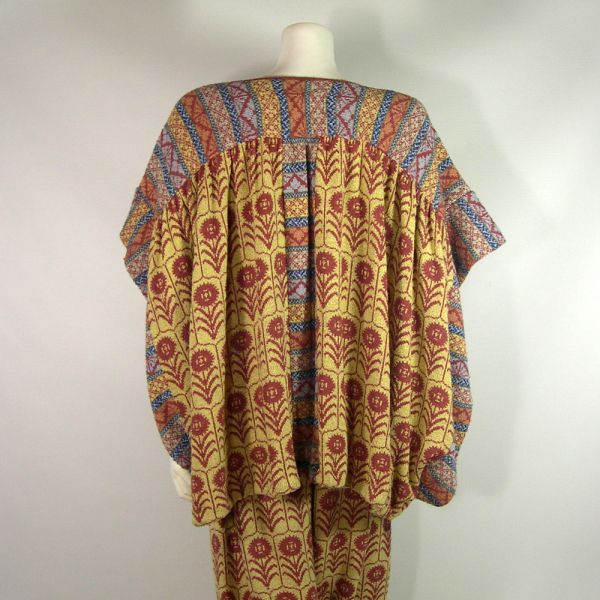 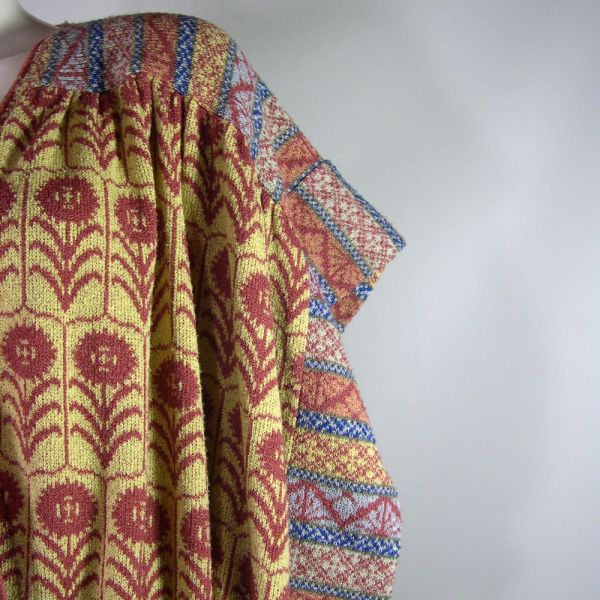 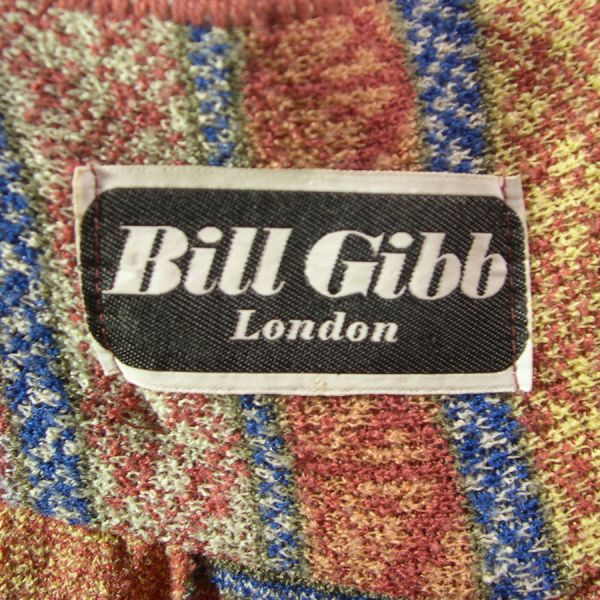 Detail: Extremely rare and very collectable vintage late 1970s knitted trouser suit by Bill Gibb. Trousers are in the style of Edwardian knickerbockers with draw string to waist. Pockets to hip. The jacket - oversized tunic is again inspired by the 1930s, with gapping short sleeves running the full length of the top and characteristic dropped waist with draw string fastening at the base. Both pieces are unlined. The sunflower print contrasts with printed panelling to the shoulder, sleeves and back. The same panel print is also used in the lining of the trouser pockets. Bill Gibb's knitwear from the 1970s is notoriously hard to find, especially in this condition.

More Information
In the early 1970s unconventionality was the order of the day and Gibb was one of several young designers whose work reflected this trend. He responded to the new predilection for romantic and ethnic clothes, inspired by the folk costumes of Europe or the Near East and displaying, too, a feeling of nostalgia for the dress of an earlier historical age, with his full-length skirts and billowing slashed sleeves. This talent led him through a series of outlets from the personal customer to department stores, from boutiques to newspaper and magazine fashion features, to the opening of his first shop in London's Bond Street in 1975, and was to earn him an international reputation for unique special occasion clothes. Always an individualist, Gibb was faithful to his own design principles, which relied on the enterprising and ingenious use of textures, weaves, and patterns in fabrics and knitting. Boldly inventive to the point of abandon at times, he mixed and matched materials and colors. His mood was romantic and far out: the effects often larger than life and always unmistakably his own. "I feel," he had said, "rather than dictate. I create a mood." Gibb wanted to create coordinates that gave women choice and pleasure to assemble in the "Gibb style," and with homage to the ethnic feeling of the day, he mixed florals with geometrics, tartans with checks, and produced sunray pleated, beaded and fringed separates, all of which became very popular. Gibb's output during the 1970s was of such a consistently high standard, it verged on couture. He was probably best known for his evening gowns, fabulous concoctions in floaty and exotic fabrics embellished with appliqués or heavily embroidered nets and lace, silks, brocades, and chiffon panels. In this vein was his 1976 hooded cape, a favorite shape, and voluminous smocks, and kimonos with colored braid trims. Gibb confessed to a strong feeling for knitwear, which he attributed to his Celtic roots, and he certainly produced some very fine knitted garments, reflecting an interest in soft, thinner fabrics, layered upon themselves, which originated with the Italian school of designers, notably the Missoni family. He also made some beautifully elaborate outfits in printed wool, often Liberty fabrics. By the mid-1970s Gibb was creating stunning leather clothes, using the softest of skins for coats and jackets with wide collars and peplums. Throughout most of the 1970s Gibb ran a small wholesale business, but was forced into liquidation. A brief period of financial support followed, but it is doubtful whether he enjoyed the restrictions and deadlines implicit in such an arrangement. The mid-1980s saw a brief recovery and, with a renewed collaboration with the knitwear designer Kaffe Fassett, Gibb showed a collection at the London Fashion Week in 1985. His clothing was roundly applauded, with critics dubbing him the "the master of the decorative," praising his "simply cut, richly colored knitted suits and throws," and what was characterized as his "fairytale exercises in the baroque, the beaded, and the burnished."
Tax - Shipping - Returns