The store will not work correctly in the case when cookies are disabled.
Vintage Comme des Garcons 1997 SOLD 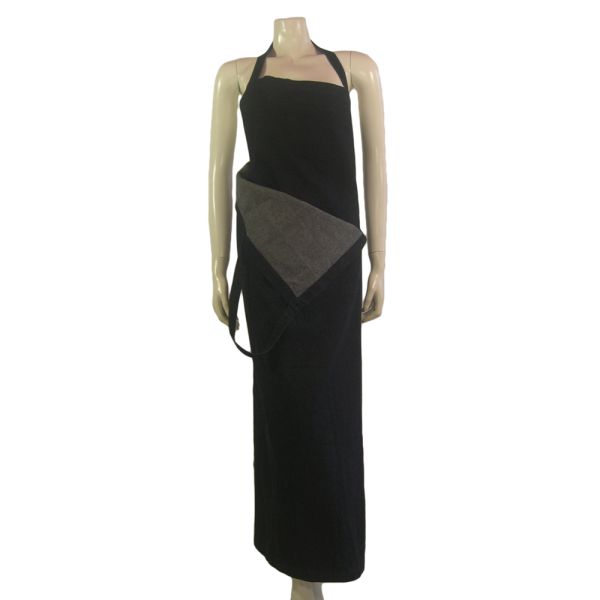 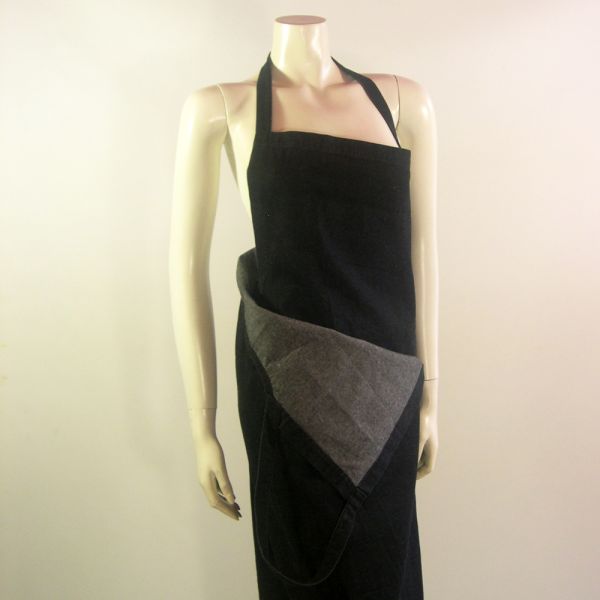 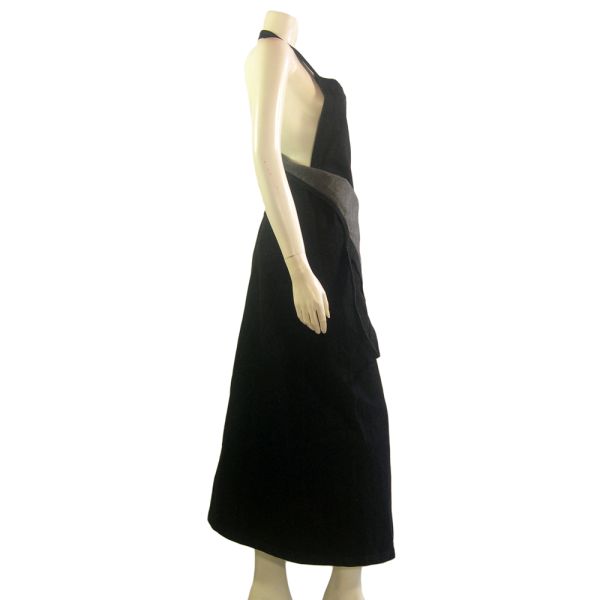 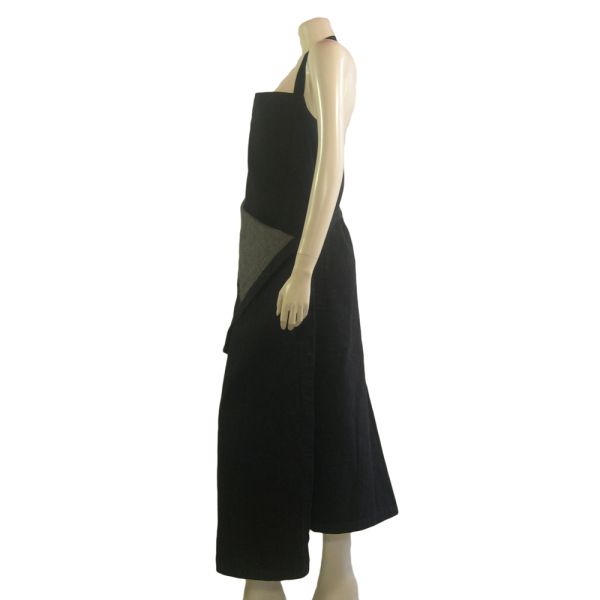 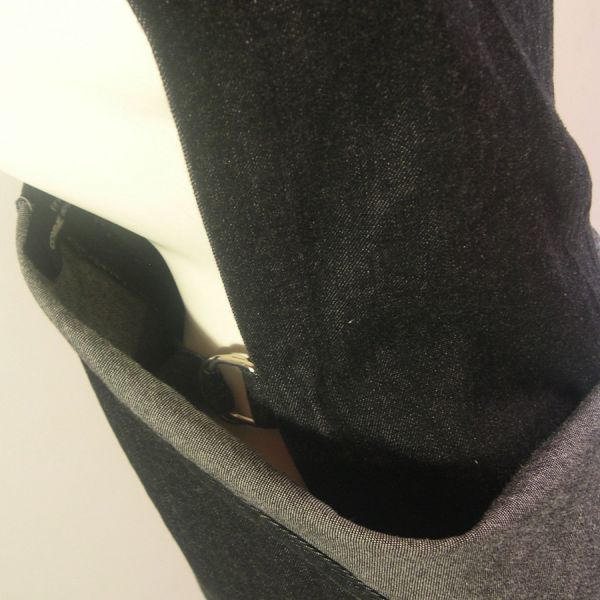 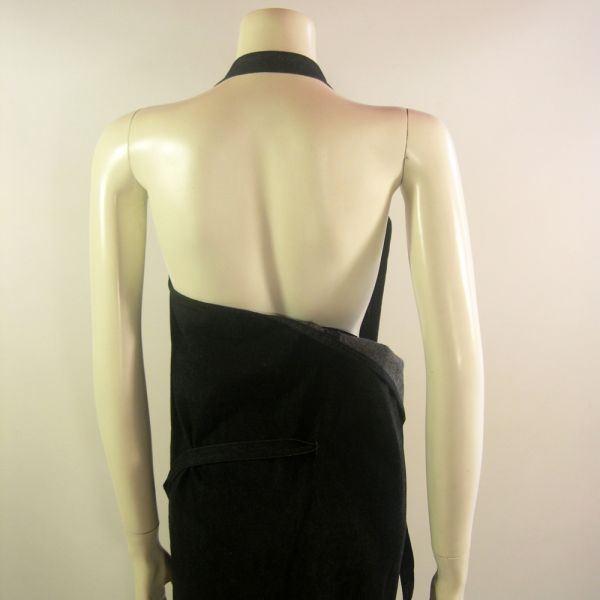 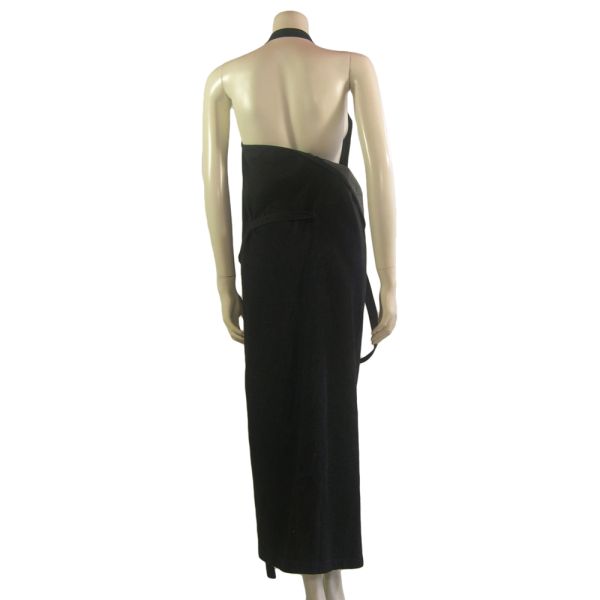 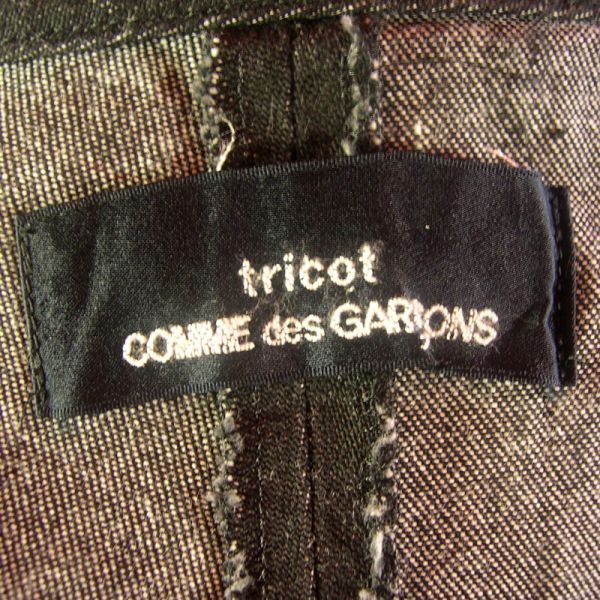 Detail: Iconic vintage Comme des Garcons black denim apron dress from 1997. Designed as a wrap dress, constructed from two traditional aprons joined and when wrapped, the second halter neck coils around the hip and waistline. The attached belt loops through the reverse seam and buckles to the side. Unlined.

Daughter of a university lecturer, Rei Kawakubo studied fine art at Keio University, Tokyo, and then went on to work for the advertising department of a chemical company. Disillusioned, she progressed to styling - an unusual occupation at the time. Comme des Garçons was established in 1973; two years later Kawakubo showed in Tokyo, and opened her first shop a year after that. But it was not until she showed in Paris in 1981 that the full force of the Japanese influence filtered through. What the audience saw was a shock to the system: random ruching, irregular hems, asymmetric seams and crinkled surfaces. Vogue called it `oblique chic'.

Like her contemporaries, Issey Miyake and Yohji Yamamoto, Rei Kawakubo is an intellectual designer for whom fashion is a fine art. Her clothes require a different thought level, her pieces destroy preconceived ideas. The Comme des Garçons' concept sticks to the same principles: minimalist display and perplexing cuts. Often the uninitiated cannot understand where Kawakubo is coming from: sometimes shapeless and complicated, complex and baffling, a Comme des Garçons collection exposes the inner workings of a lapel, leaves edges unfinished and reduces a sweater to an unintelligible mass of boiled wool. In the autumn/winter 1996 collection, Kawakubo experimented with padded humps. The end product - nicknamed Quasimodo by the tabloid press for obvious reasons - had removable pads positioned in a variety of places. Her biannual magazine Six (from sixth sense), with its esoteric photographs and references to Zen, will probably one day be the subject of Freudian analysis.

Despite its unorthodox associations, Comme des Garçons has populist appeal: there are more than 300 outlets in 33 countries worldwide. Rei Kawakubo was the first to use `real' people as catwalk models, including Hollywood stars Dennis Hopper, Matt Dillon, John Malkovich and John Hurt. Wearer of austere expressions and giver of few interviews, Kawakubo said, in Rei Kawakubo and Comme des Garçons (1990), `What I do is concerned with the long term, and yet fashion is cyclical. It is a paradox, but it doesn't bother me. It's always exciting to do a new collection.'