The store will not work correctly in the case when cookies are disabled.
Vintage John Galliano Black Matador Linen Jacket 1980s SOLD 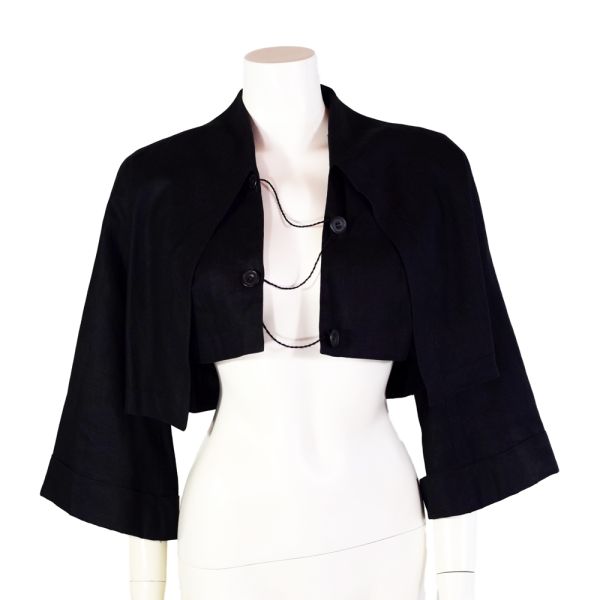 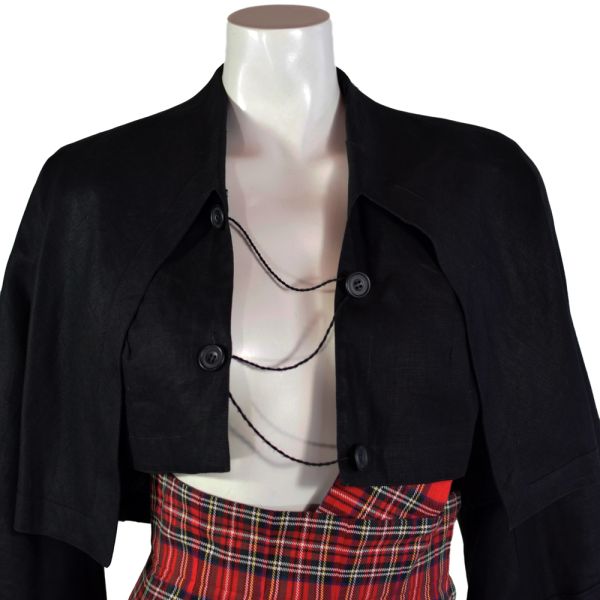 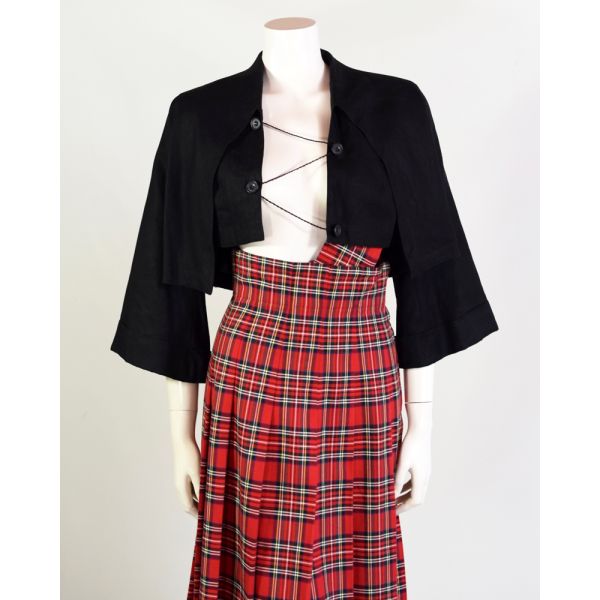 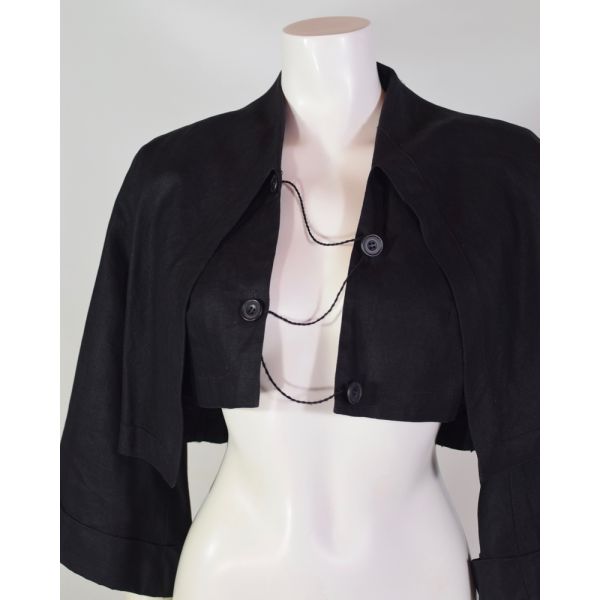 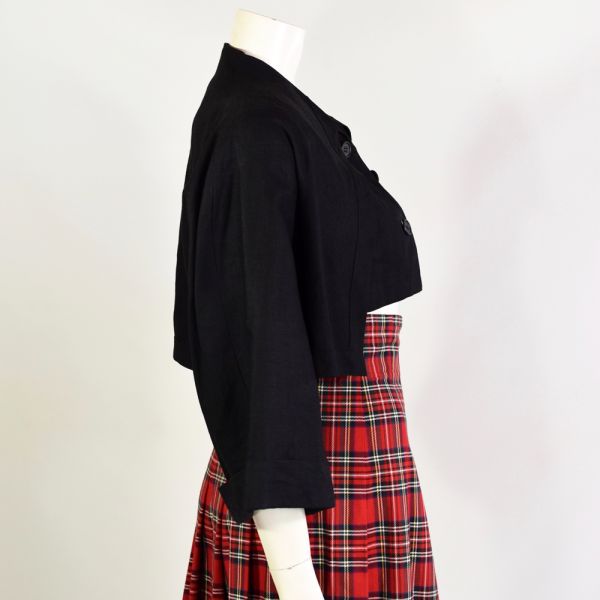 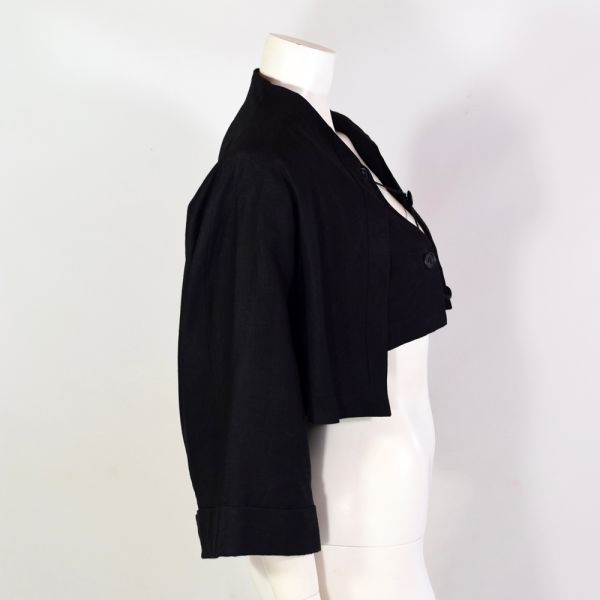 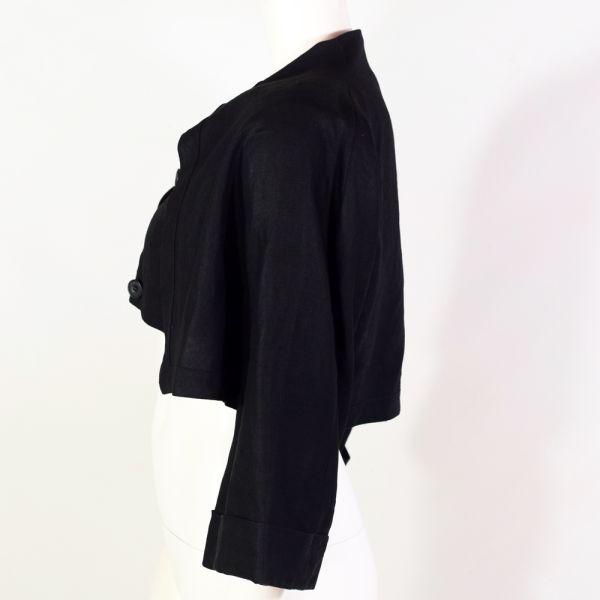 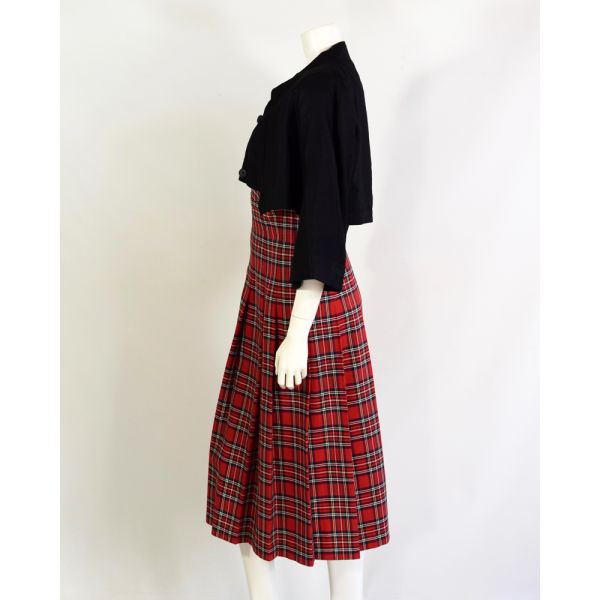 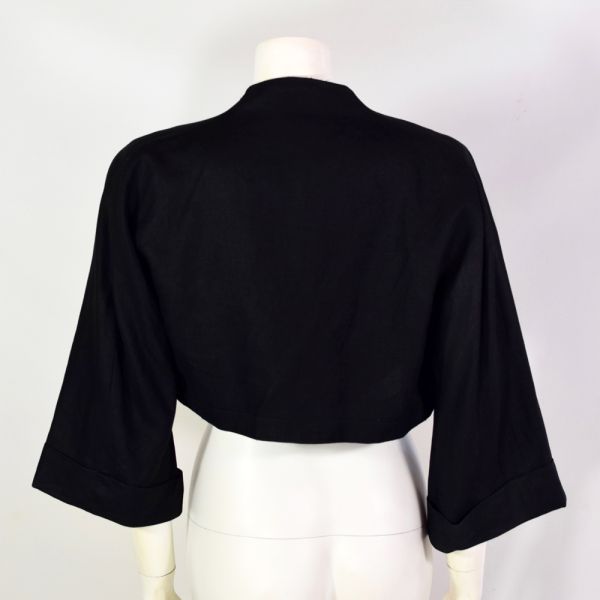 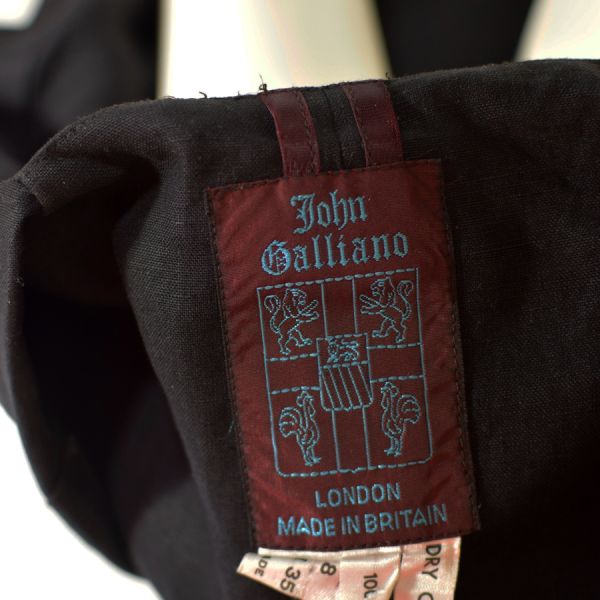 Detail: Vintage John Galliano 1980s matador cropped / bolero jacket produced in exquisite black linen - London label, so pre Givenchy and Dior in Paris. From 1993, Galliano's brand was produced in Paris, so any piece with the "London Made In Britain" label is now considered extremely rare and collectable. During his London days, John Galliano produced limited runs per style.

This piece illustrates Galliano's early genius with intricate tailoring techniques deployed in the 1900s. The cutting pattern for the jacket would have been complex. The jacket consists of two layers. The first is a waistcoat, visible to the front with braided rope and button fastening. The waistcoat is attached to the collar seam of the outer layer which, drapes in much the same way as an Edwardian caplet. Fluted three quarter length sleeves with turned up cuffs. The architecture of this piece is really quite extraordinary! Unique and highly collectable.

In 1995 Galliano finally got the break he so richly deserved: he became the first English man to head a French couture house, when he was put in charge of Givenchy.
His knack for taking themes and styles, often Latin or romantic, from the past, and somehow making them contemporary and edgy, is astonishing. Perhaps just as remarkable is the perseverance and conviction of the man. He has managed to keep his talent undiluted through difficult times and emerge with glory and success. Vintage John Galliano black linen matador jacket. London label 1980s.