The store will not work correctly in the case when cookies are disabled.
Vintage John Galliano Matador Silk Jacket 1980s SOLD 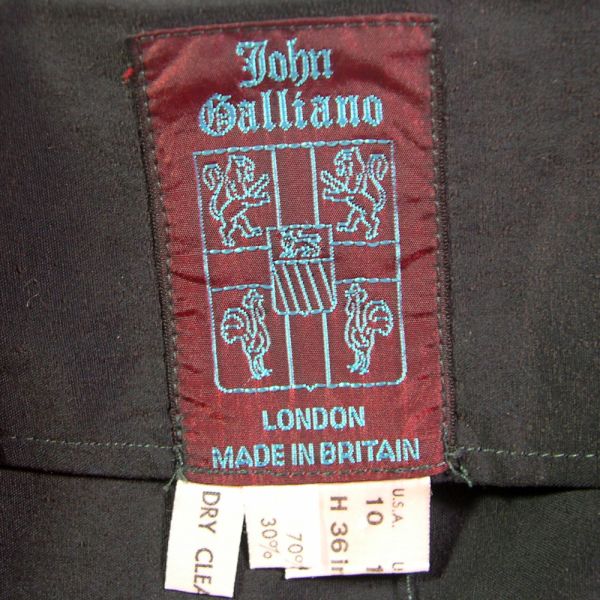 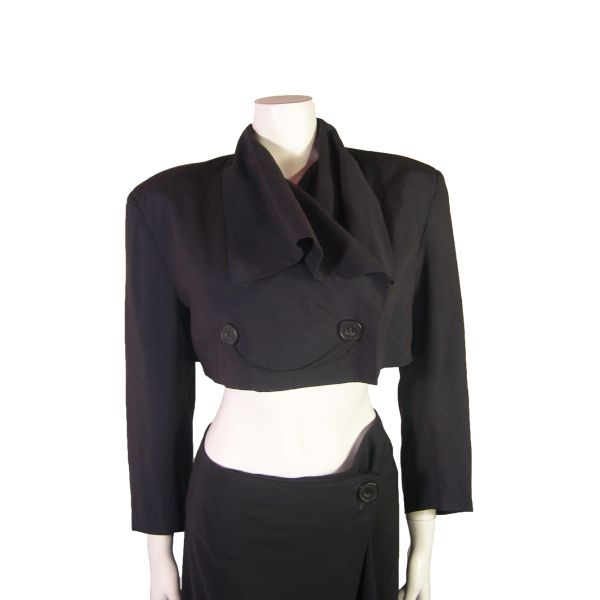 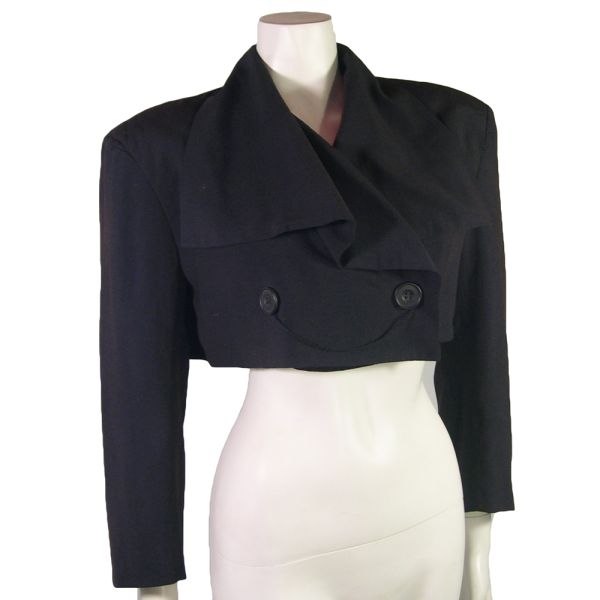 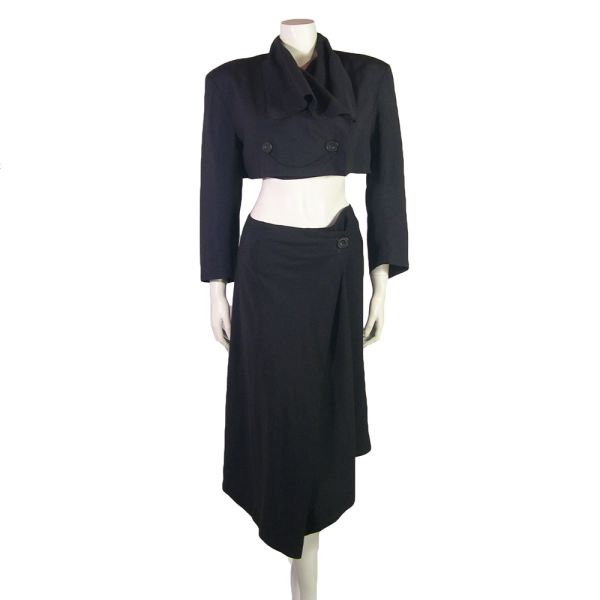 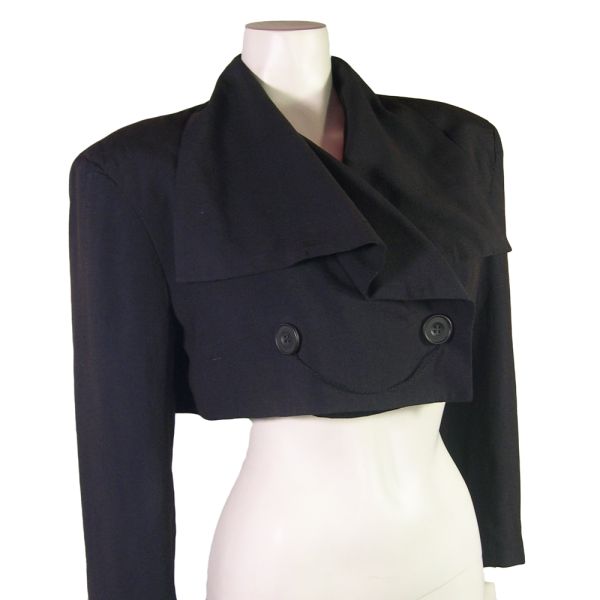 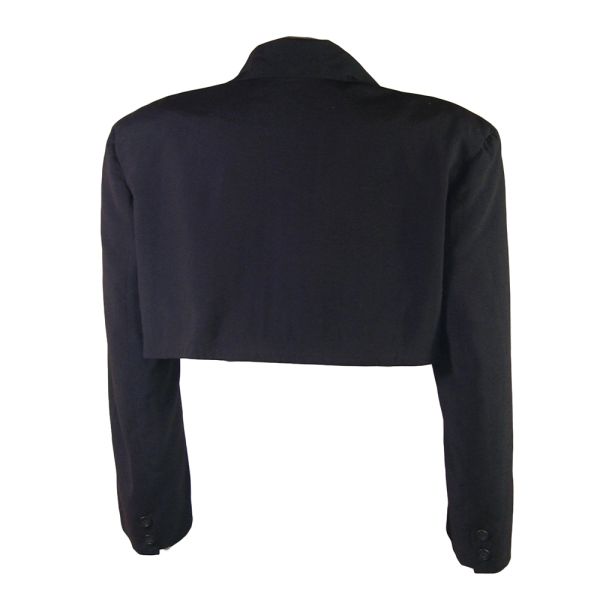 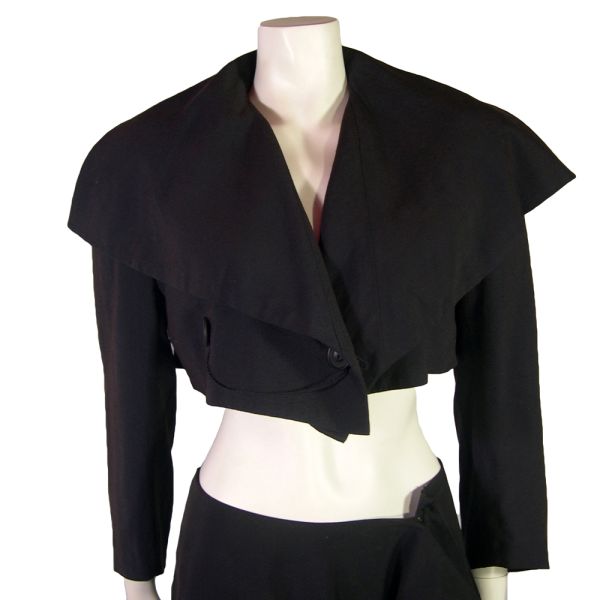 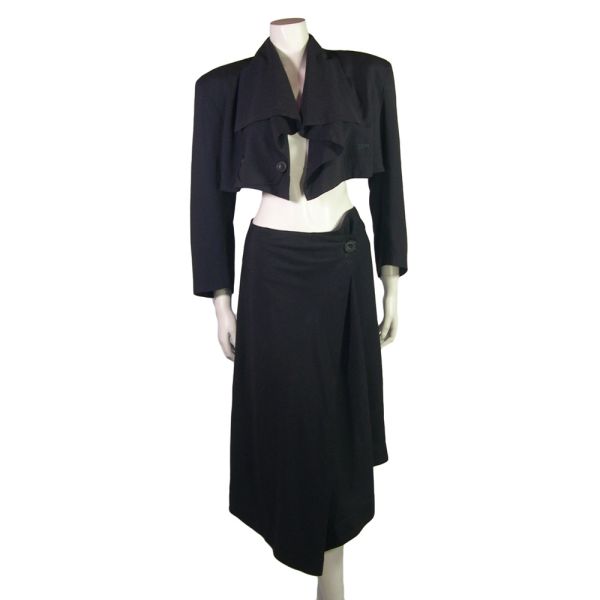 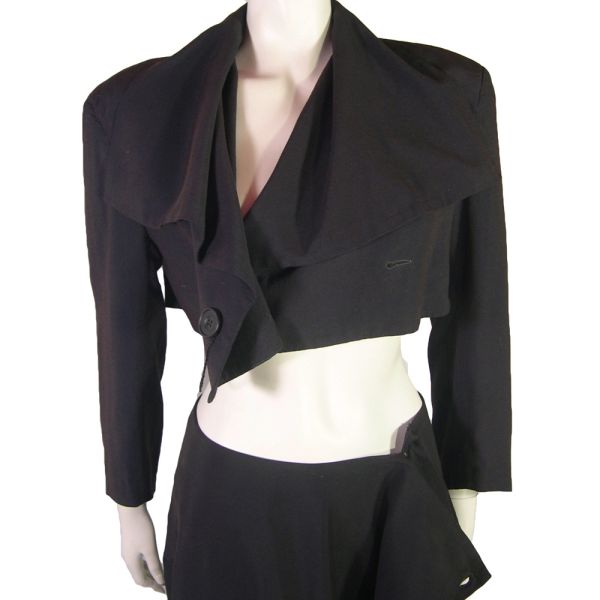 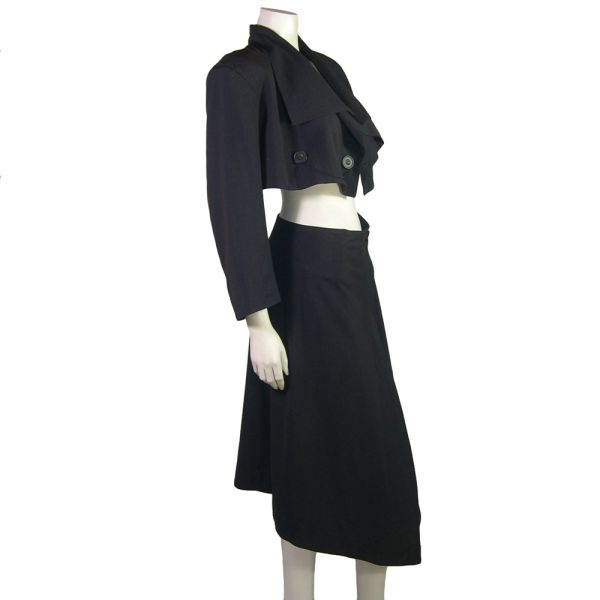 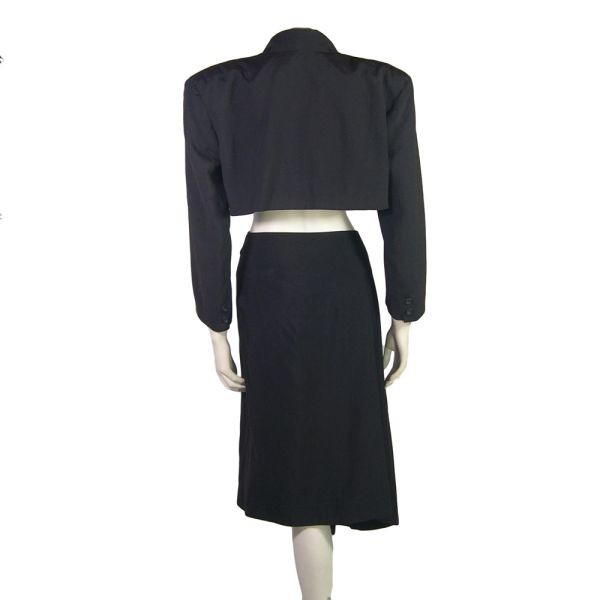 Detail: Vintage John Galliano 1980s deconstructed matador cropped / bolero jacket produced in a silk and rayon mixed fabric - London label. Double breasted fastening. The construction to the collar allows for so many styling options. Trimmed with braided rope and fully lined in silk with padded shoulders. Exquisitely crafted to show off Galliano's early geneous. Unique and highly collectable. Part of a suit; the skirt is slightly darker in colour, and sold separately. Style the two pieces with a masculine white crisp shirt.