The store will not work correctly in the case when cookies are disabled.
Vintage Pierre Cardin Electric Blue & Black Stripped Day Dress 1980s 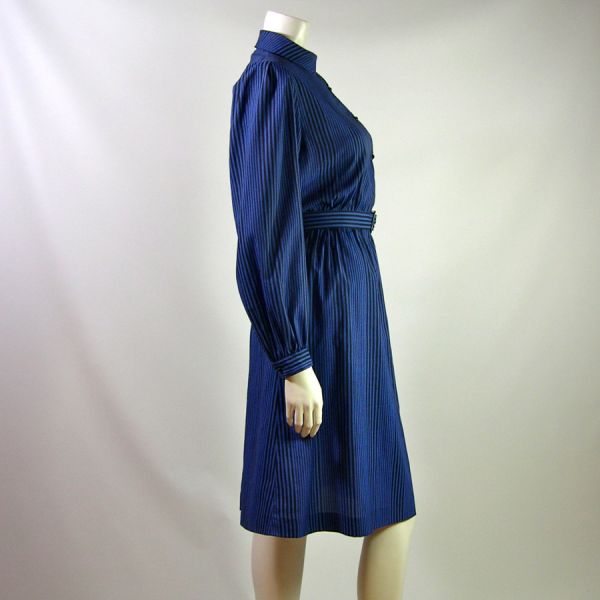 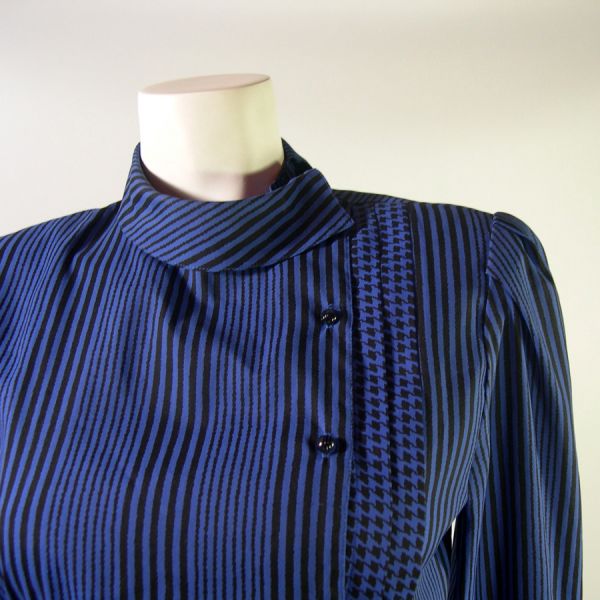 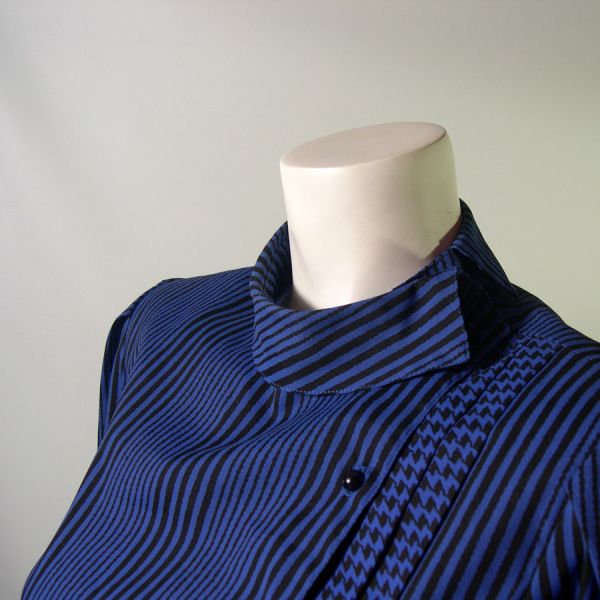 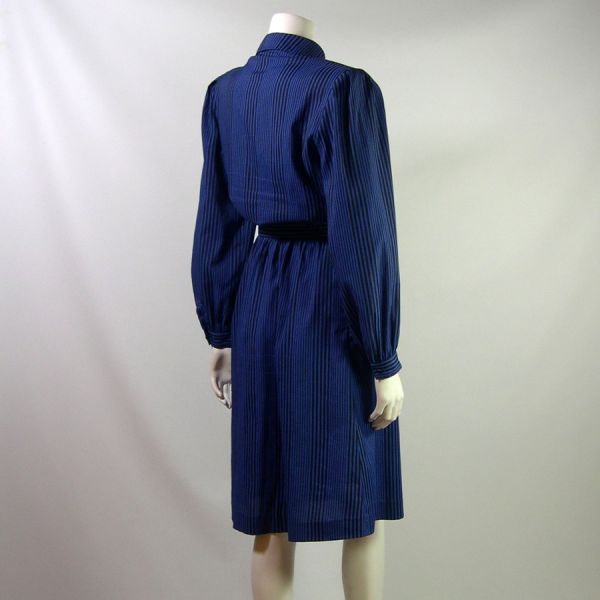 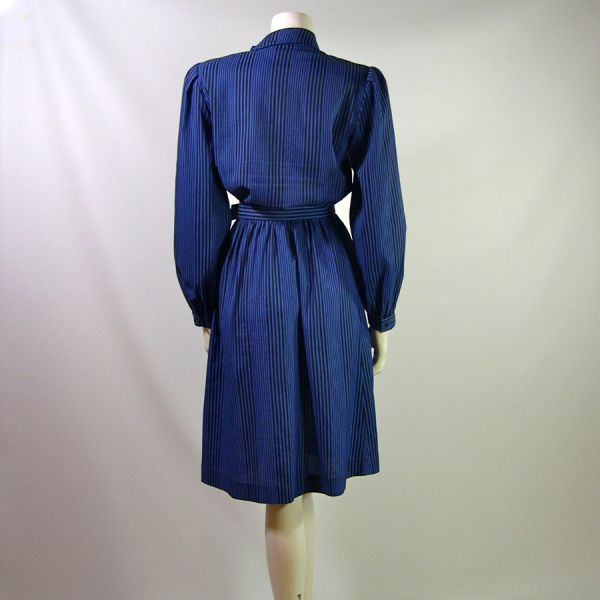 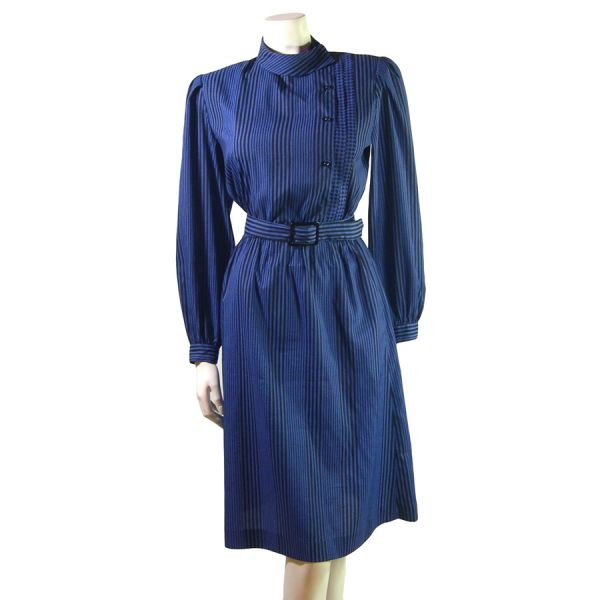 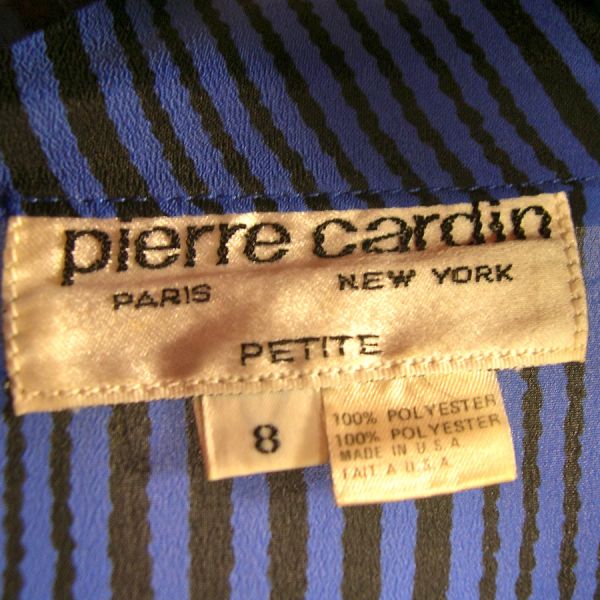 Aged 17, Cardin started working for French fashion designer Paquin in Paris. While working for Paquin, Cardin met many French intellectuals and heads of society. Using these connections, Cardin began designing and making the elaborate costumes for theatrical presentations and motion pictures. In 1946, Cardin's work could be seen in French film director Jean Cocteau's Beauty and the Beast. Cocteau was very impressed with the young Cardin and introduced him to designer Christian Dior, and soon started working for him as part of a 13 strong team who supported the launch of the all important “New Look” collection in 1947.

In 1949, Cardin left the House of Dior and in 1950, with the help of Marcel Escoffier, struck out on his own and became a costume designer in an attic shop where he would design many costumes for the French capital city's numerous balls and create his own line of suits for a clientele that would continue to expand. In 1953, he moved his operations into a six-story eighteenth-century mansion on the very fashionable Faubourg Saint-Honore and established the House of Cardin. In 1957 Cardin presented his first full fashion collection of over 120 styles. The show was an immediate success and Cardin soon became a member of the Chambre Syndicale de la Couture (Couture Employers' Federation) as one of the best designers in France.

Throughout the 1960s Cardin continued to design clothes for both men and women that became increasingly fanciful and replete with bright colors. But, knowing that some of his customers would not wear many of the avantgarde creations that he was producing, he soon began designing a separate and more traditional collection. Enormous success followed in America and then Japan, where the more traditional lines of Japanese clothing continued to make an impression on his designs that followed in the 70s.

In 1977, Cardin received the Golden Thimble of French Haute-Couture Award, made by Cartier, as designing the most creative collection of the season. In 1992, Cardin accepted a seat in the French Academy of Fine Arts as the nations highest-ranking fashion designer.