The store will not work correctly in the case when cookies are disabled.
Vintage Yves Saint Laurent Velvet Dress SOLD 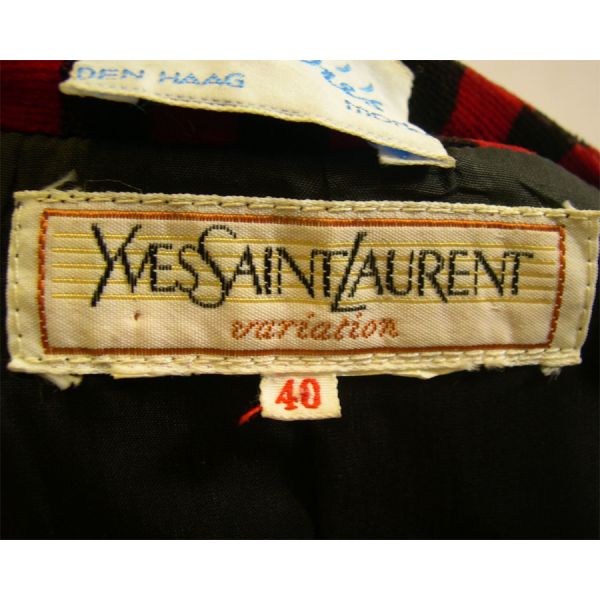 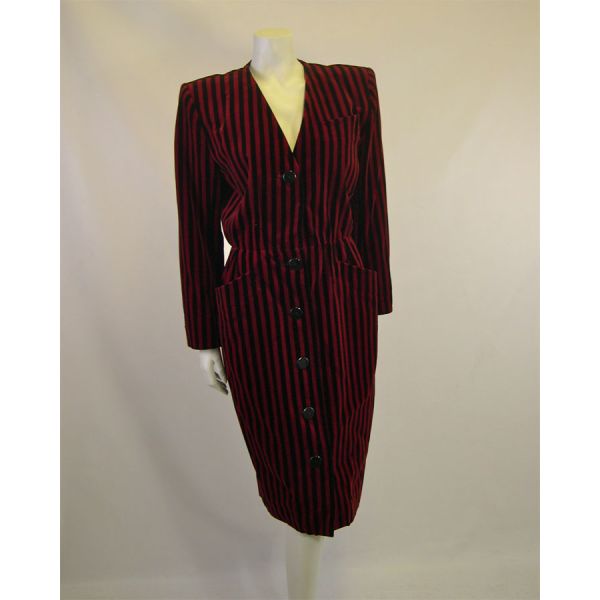 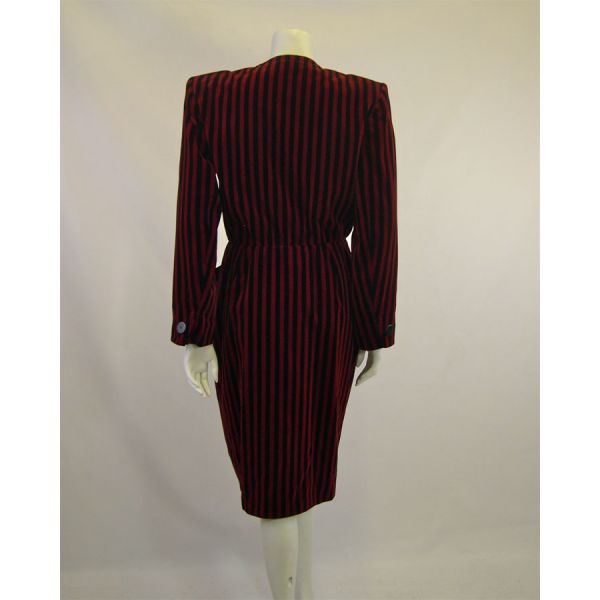 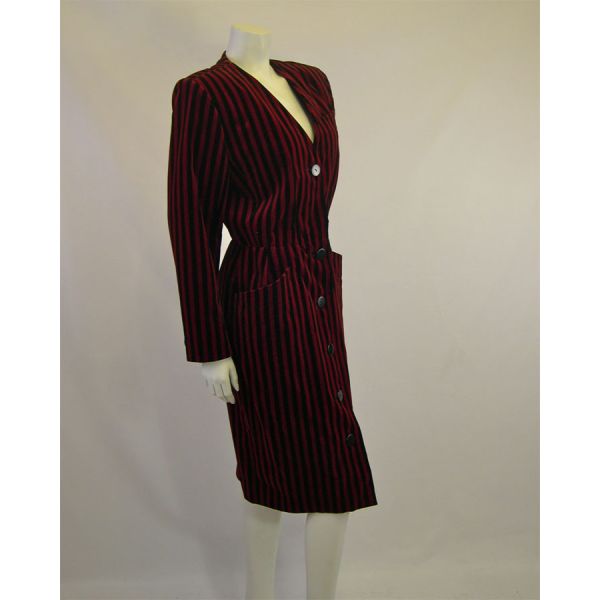 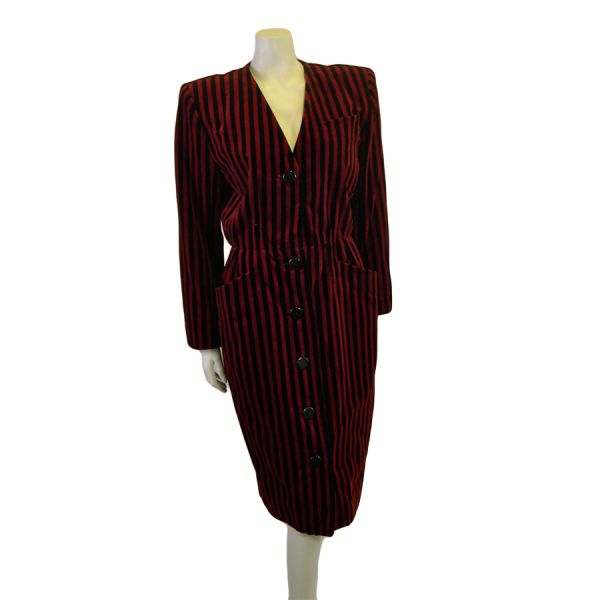 Detail: Yves Saint Laurent velvet (Variation Label) dress-coat from the mid 1980s in a two-tone vertical wine and black strip. The style is clearly emulating the late 1940s. This piece offers so many styling opportunities.